…… of seeing this face.
Though I highly doubt it.
Because …… this face! 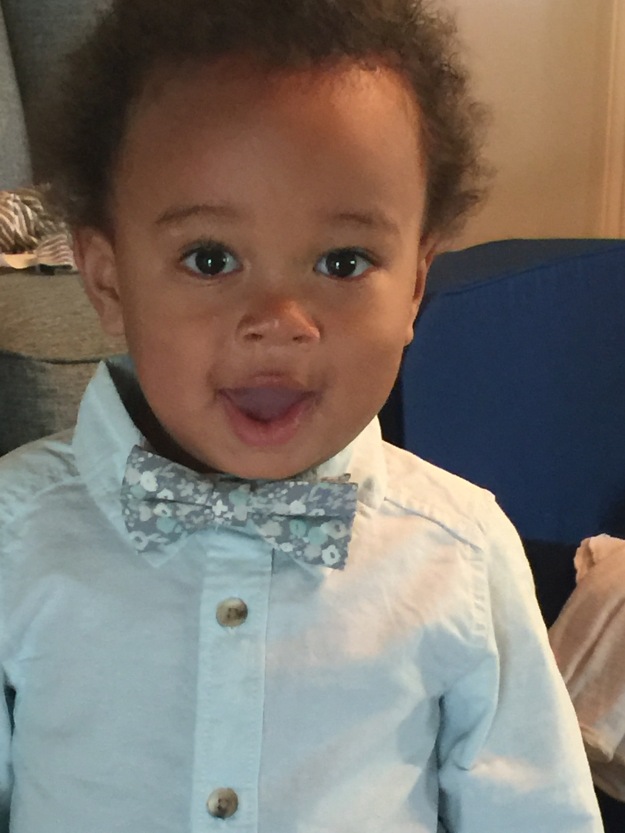 The hearing was …… well, it was certainly surprising.

Before it really started, the judge was asking D2’s attorney some questions.  She didn’t seem all that happy with the answers and seemed to indicate that she would not be on board with Little Man’s adoption today.
Most of us inwardly groaned and settled in, bracing ourselves to hear that this would not be finished today, but at some point in the near future.

The attorney questioned the case worker, and then D2.  And she described her life over these past 20 months …… and her love (and ours) for Little Man.  She also said what she feared would happen if he were to not stay with her.

I don’t think there were many dry eyes in the room.

She did a great, and very calm job.

After almost two hours both attorneys were basically done (D2’s and Little Man’s). The judge then questioned them.
Again, we thought we’d be returning to this court room at some future date to continue this journey.

And then, almost out of the blue, she looked up and said, “I’m signing the orders for termination and for adoption.  And for the name change.”

Daughter #3 and I were sitting together and we both gasped in surprise.  And then burst into tears.  I really was stunned.
The judge looked over at us and smiled.  I smiled at her through my tears and mouthed, “Thank you.”
She asked if there were enough tissue boxes in the room.
Fortunately, there were.

He not only carries our last name, but his middle name is James.
After his grandfather, who would’ve burst into tears himself upon hearing that.

We had a celebratory dinner tonight.  Just him, Daughter #2, Daughter #3, and their good friend/attorney.  Oh, and me.  We hope to have a party next weekend to celebrate in a big way.
On our way out of the restaurant, who should we bump into but Chip and Joanna (if you don’t know who they are, you don’t watch “Fixer Upper”, and …… I’m sorry), who had already heard the news through the Waco grapevine.

You have to love small towns.  🙂

I’m headed to Chicago tomorrow for my niece’s high school graduation.  I know I’ll have a great time.  I’m just praying that I’ll be able to get back home without having to sleep on a cot in O’Hare.
Please, God.

Before I go, I’m going to leave you with some pictures.
And a video.

Be careful.  The cuteness overload may be too much for some people.
But you might as well get used to it.
Because ……
This.
Face!! 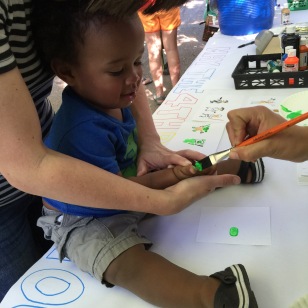 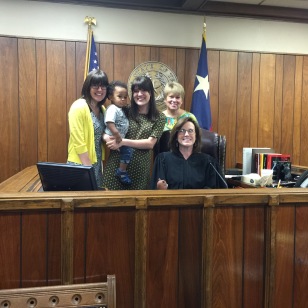