I’ve been in Waco for a week now and have been having a blast with Little Man. Last week Daughter #2 went to a conference for a couple of days so he and I had lots of together time.
Especially in the middle of the night.
Oh my.

Little Man has been teething …… to the max.
He’s had several teeth come in in just a week.
It would seem that they all break through in the wee hours of the morning.
But hopefully, we’re past the worst part.
At least for now.

He’s slept through the night the past couple of nights.
Thank you, God.
I’m finding out that grandparents are way too old to get up multiple times during the night and still be able to function the next day.
Which means that both Little Man and I were glad to see Daughter #2 when she returned.

This is his favorite spot in the kitchen.
Well, other than his high chair.

I brought this bear with me on this trip.  It was Daughter #2’s bear when she was a baby.  One of my sorority sisters made it for her.
He totally loves it.

The weather has been so nice that we’ve spent time outside, playing with a water table.
His curls are delicious, are they not?  🙂

This past weekend we took him to the Farmer’s Market and to the Waco zoo. The weather was wonderful for both and we all had a great time.
He enjoyed his first “train” ride at the market (if you don’t count the NY subway).
They’re in the yellow train car. 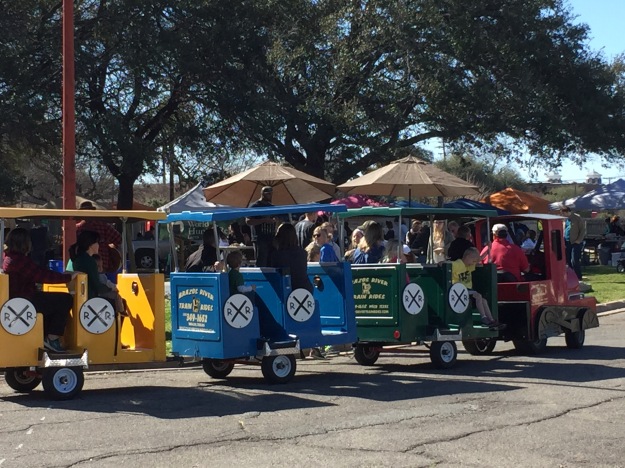 Little Man LOVES the aquarium part of the zoo.

I was struck by the flexibility of this giraffe.

Then she decided to go lie down …… 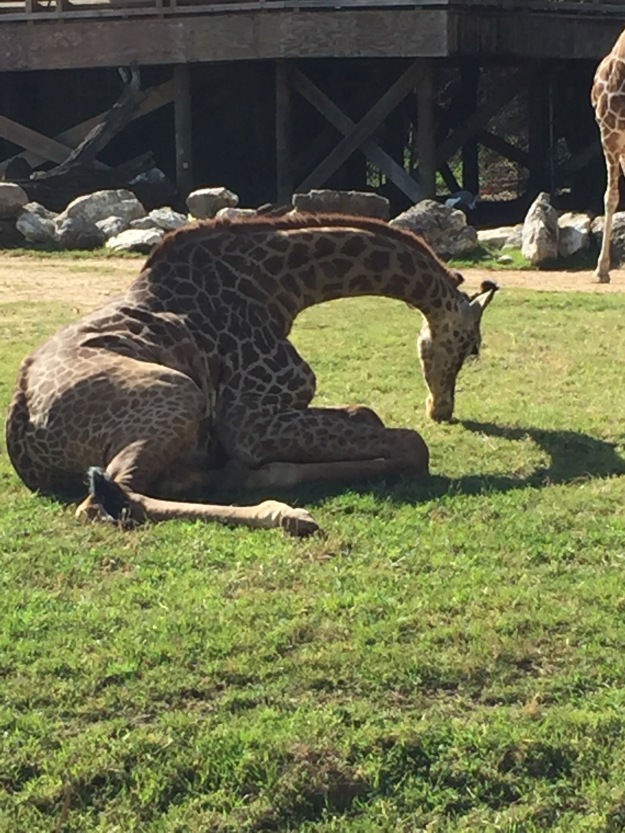 Then there was this. 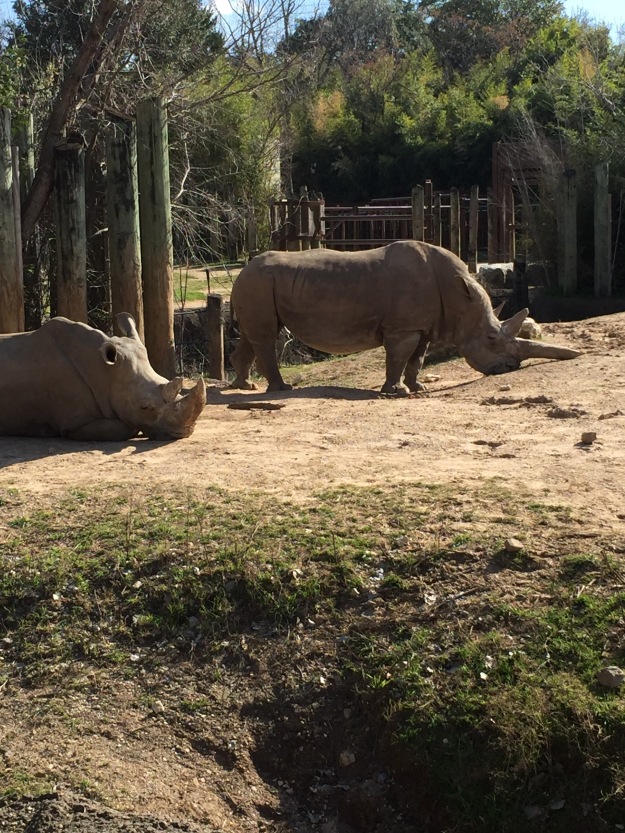 A rhino who’s horn has grown out straight and is so long that it appears she can’t lift her head.
Word is that she’s so irritable that the zoo keepers can’t get near her to trim her horn down.

Which probably describes me perfectly at the age of 80.

This orangutan was just sitting at the fence when we walked up …… and then he evidently decided that it was time to show off.
And so he did.  He traversed down the fence like this.  I got it on video.

All in all, we had a great day at the zoo.

I’ve been doing some house hunting here.  I’ve found two houses that I like a lot.  But I want to at least get an offer on my current home before I put one on another one.
I know.  Call me crazy.

Gracie Lou has been having a blast hanging out with my friend N and her hubby and dog.  I think she’s really going to miss having a built in playmate when I bring her home.  N has been sweet enough to send me daily pics.

Oh my word, I miss this face. 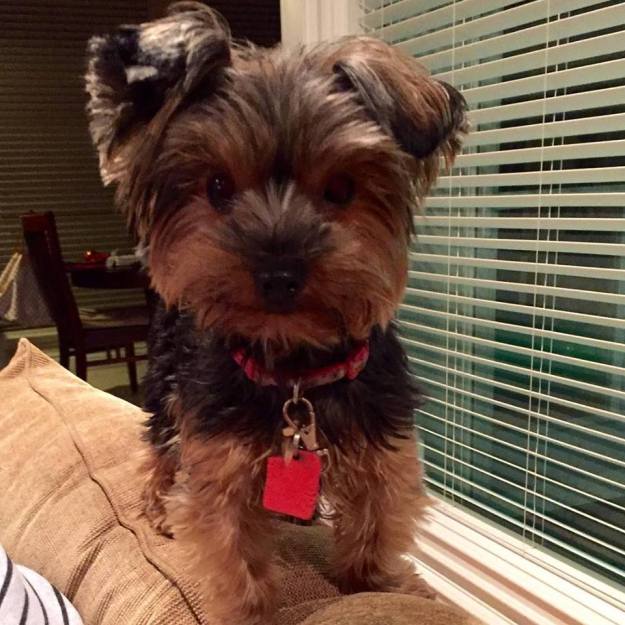 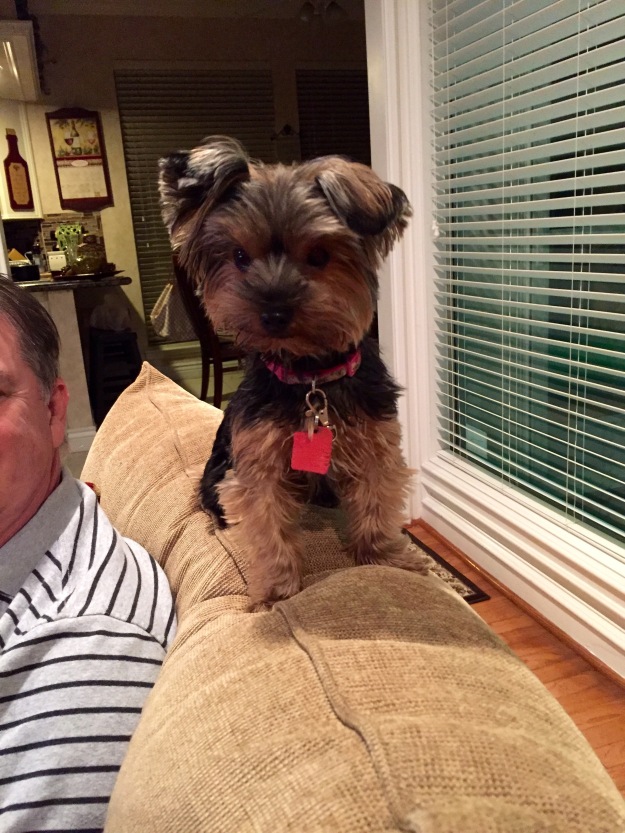 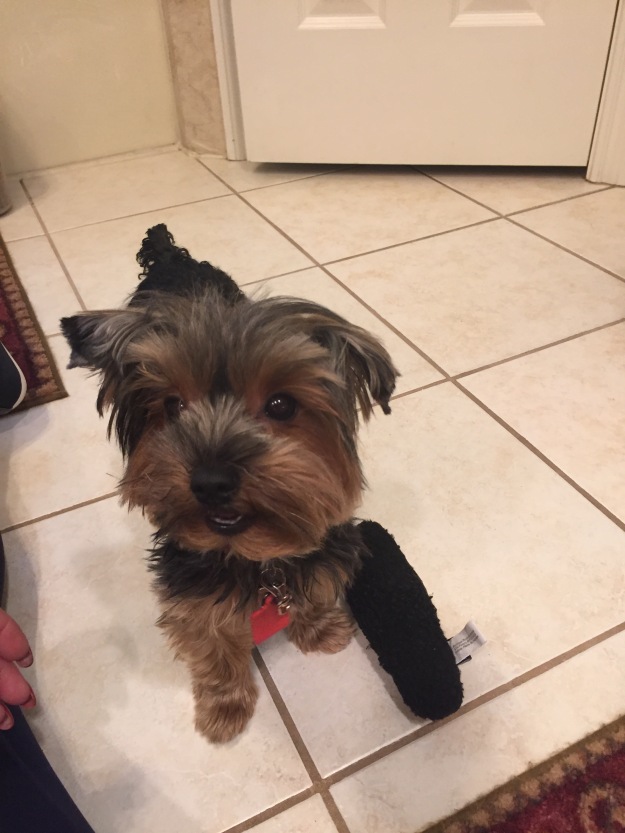 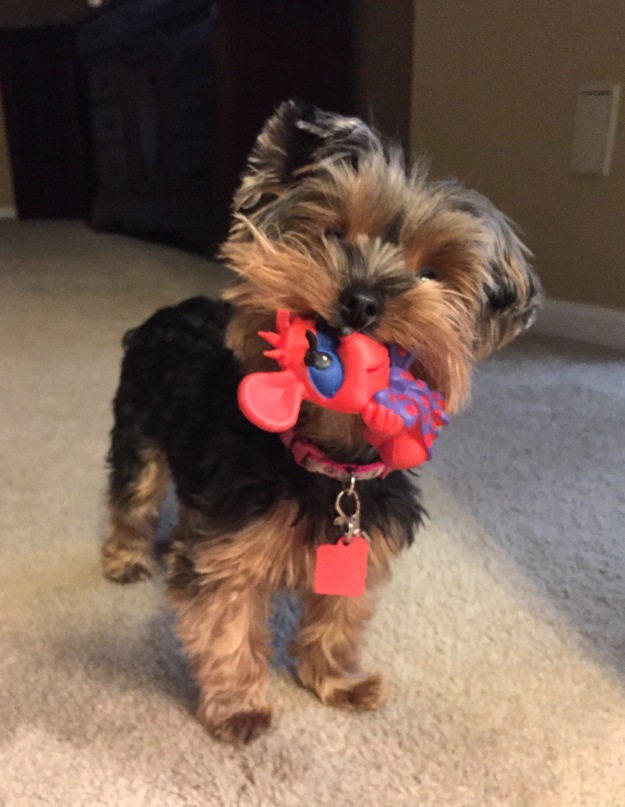 Daughter #1 flew into Austin today.  She and Daughter #3 will be driving to Waco tomorrow to attend the Bachelorette party tomorrow night.  Little Man and I will be hanging out together while the ladies go out and have fun and debauchery.
In reality, there will be much more fun than debauchery.

On Friday we’ll all head to Austin to start the wedding festivities.

That’s all for now.  I doubt that I’ll have much time to write again until after the wedding.  I appreciate all of the comments, love, good thoughts and prayers that you’re all sending.  Please keep them coming.

Saturday is going to be an awesome day.
❤

4 thoughts on “Waco and Weddings and Little Man ……”