Here is my last week …… in pictures.
Enjoy.

Last Sunday I met with a group of widowed peeps in Bryant Park.  Where it was beyond hot.  And humid.  So a couple of us enjoyed a pitcher of white wine sangria.  And it was as good as it looks.
After about an hour or so the heavens opened up and drenched us in rain, even as we sat under an umbrella.  That’s because the wind blew it in sideways.  It felt good.  Especially afterwards because the temperature had dropped more than 10 degrees.

Later that evening I went to see this show, and was pleasantly surprised.  Not by Sean Hayes’ performance … I knew that he’d be terrific, but the play itself was better than I expected (for the most part).  It was very touching in places. 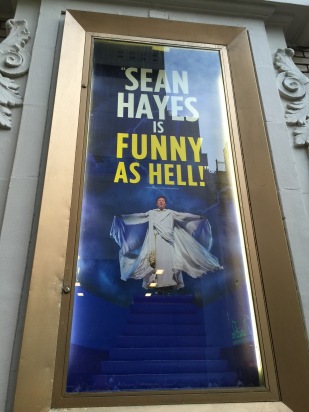 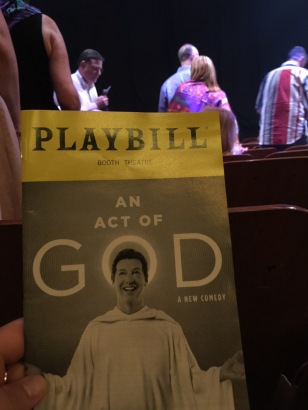 On Tuesday we had the best day of weather …… and the last for a while.

Wednesday night I had free passes to see a preview of this movie.  I’d never really heard about it before, but it was fun.
It a British-fun kind of way.

Thursday morning I woke up to this at Columbus Circle (look closely).  The entire circle was blocked off by police.

That’s because the night before some wacko threw what looked like a package that contained a bomb into a police car, which was occupied by a police officer at the time.  In Times Square.  He immediately drove the car away from the crowded area, in case it blew up.  He deserves a medal for that.

The package turned out to be a fake bomb.  While he drove away other police started chasing/looking for the guy and his car.  They ultimately found him sitting in it, in Columbus Circle.  And they spent the better part of the night/morning trying to talk him out of his car.  They finally got him, arrested him and then scanned his car for any weapons or incendiary devices.  I don’t think they found anything.

Here are Gracie’s before and after pictures taken before and after her grooming appointment.  She absolutely loves going there and playing with the other dogs.  She almost jumps out of my arms when we start walking down the stairs to enter the place.  I’ll have to take a video next time. 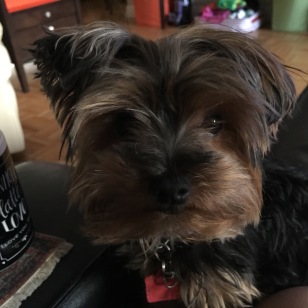 What’s the first thing that pops into your head when you see this?

If you didn’t answer the  movie, “Airplane”, then I have to question why you’re reading my blog.  In case you still have no clue, they were singing, “Hari krishna, krishna krishna” with their tambourines.  I came across them on Friday as I was running errands.  It made my day.  🙂

I also came upon these news trucks and police vehicles, still at Columbus Circle late Friday afternoon.  It must’ve been a slow news day since that whole event was over on Thursday morning before 10:00.  They were probably stopping and interviewing clueless tourists about their thoughts. 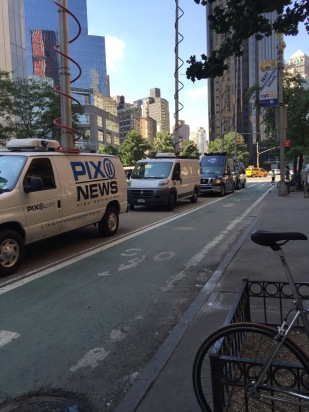 Friday evening I went with some friends from my building to go see this (it was bloody hot and humid): 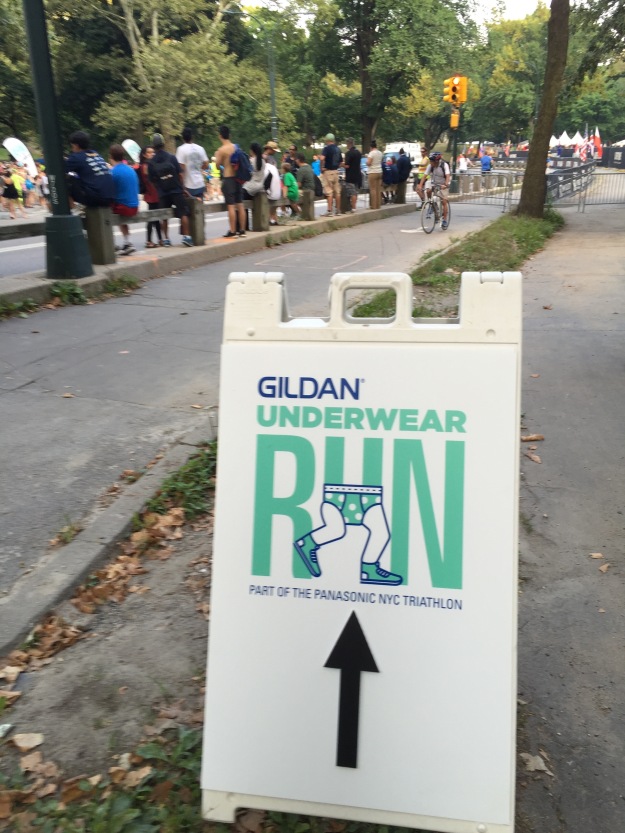 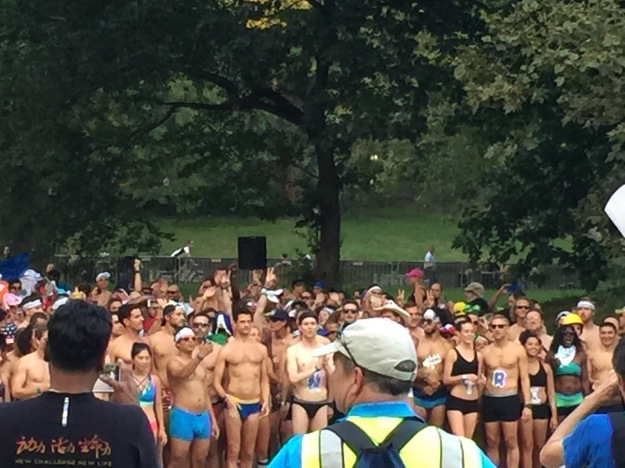 Here’s one of many, many videos that I took.  This was at the starting line.  The rest of them were taken up close, at the finish line.  I’m not going to post them because, unfortunately for me …… there are just some things that you can never un-see.  Ever.  Even if you wash your eyeballs.
You owe me a HUGE thank you.

After the race we went up to the rooftop bar on our building to try to drink away the trauma we’d just witnessed.
Let me say this about that, and then I’m done:  Some men should never, EVER run while wearing only briefs.
EVER.

We did get to see a beautiful sunset.  And there was an outdoor orchestra concert going on across the street at Lincoln Center.  The bottom picture is zoomed in.

This picture was taken last night, while Gracie was cuddled up against me and over my arm while I lay on the sofa.  She’s never far from my body.  Which is less than comfortable in the heat.  But what the heck. 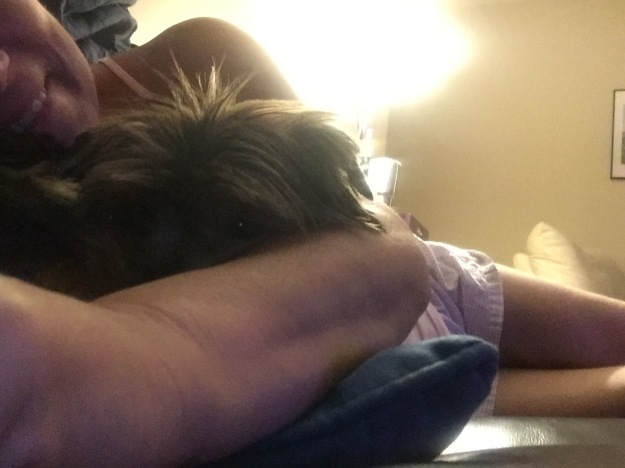 So there you go.  A week in NY.  And mostly …… crazily enough …… pretty typical.

Man, I love this city.