…… so are the FDR photos.
Meaning, in my opinion, just as there are uncountable grains of sand, so are there uncountable photos from this trip.
Or so it seems.
At least to me.

I’m going to try to get them all uploaded tonight.
Even though it’s 11:49 p.m. and my flight leaves in 9 hours.
So are the days of my life.
(Thankfully, my mom asked me the time of my flight, which I told her. But then I double checked …… just to make sure that my 9:00 a.m. flight on Sunday was just that: a 9:00 flight on Sunday.
Imagine my surprise when I saw that it was a 9:00 flight …… on Saturday.
And again I say, welcome to my brain.
Arggggghhhhhhhhh!

OK, back to FDR.
Did you know that when Eleanor found out that he had a mistress, she said that she would divorce him, which is what he wanted (I think they were both around 41 at that time).
But when he told his mother, she informed him, in no uncertain terms, that he would NOT get a divorce.
Or he would NOT get anything else from her. Or her will.
I don’t think many people crossed Anna Roosevelt.
And lived to tell about it.

OK that last line was made up.
I think.
🙂

Back to the pictures from the house …… 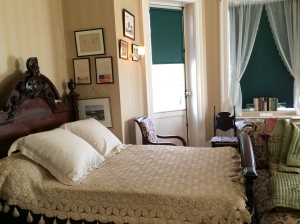 And the connecting bedroom with Eleanor’s small bed.
Sheesh.

This is the view from the back porch.  It was so beautiful that it almost looked fake.  What a gorgeous view:

This is one of the tallest pine trees I’ve ever seen.  It’s probably been there for over 100 years. Or so I was told.

See what’s under there?  Look closely. 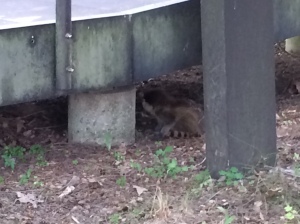 Itty bitty baby raccoons.  They were really cute.  Too bad they turn into trash digging, bird bath-breaking, all out nuisance monsters. 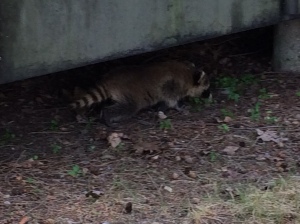 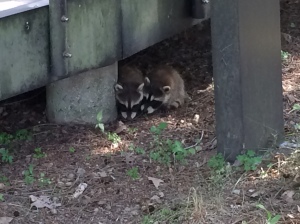 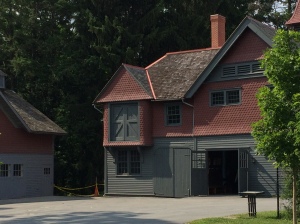 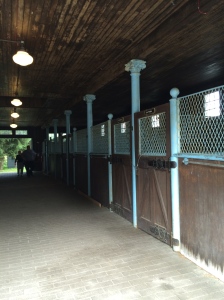 The rose garden, where FDR, Eleanor and their dog’s graves are: 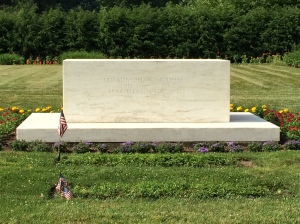 The back of the Library:

The following pics were taken inside the Library: 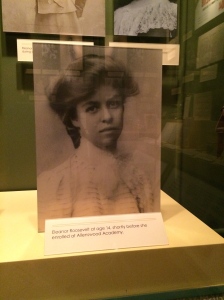 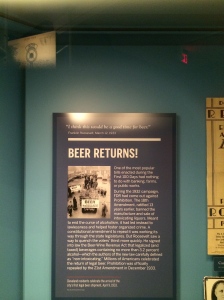 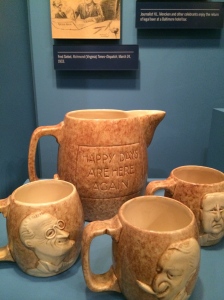 This is the letter that Eleanor wrote to the president of the D.A.R., resigning from the organization because they barred world-renowned singer, Marian Anderson, who was an African-American, perform at Constitution Hall.  Eleanor totally rocked. 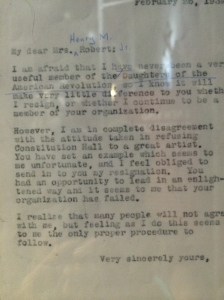 Well, there you have it.
Finally.
Poughkeepsie and Hyde Park.
It was a fun day, as well as an interesting one.
I hope you enjoyed the tour.